Is there a doctor in the…county? 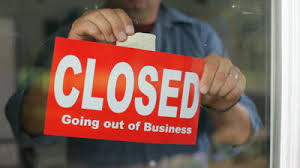 ObamaCare may hasten the day.

It’s no secret that it’s difficult finding a doctor in western Nevada County, and that you’ll spend a lot of time in crowded waiting rooms when you do.

Now, thanks to ObamaCare, those people may become even more scarce.

This raises the possibility that people who sign up for individual coverage through ObamaCare will have a small network of doctors to choose from as doctors focus their practices on patients with company-sponsored coverage, which typically pays higher reimbursement rates.

This is a double whammy for doctors. They have long complained about the meager reimbursement rates for Medicare and Medicaid patients, in some cases refusing to take either. ObamaCare includes a major expansion of Medicaid.

In an effort to keep prices low for exchange plans, many insurers have assembled narrow networks of doctors who agreed to lower their fees. Now they are broadening their effort to rein in costs by offering a take-it-or-leave fee schedule to other physicians.

None of this will pencil out for doctors in small communities like Grass Valley and Nevada City, where an aging population and few good paying jobs mean they already have many Medicare and Medicaid patients.

Several long-serving doctors in the community have closed their practices in recent  years. ObamaCare figures to accelerate that trend.

This entry was posted in Uncategorized. Bookmark the permalink.