Some people are unhappy with the coaches of one of western Nevada County’s prep football teams, but it’s not the fans of the school that went 0-10 last season.

The disgruntled fans are from Bear River High School, and they made it clear at a recent school board meeting they aren’t happy with co-football coaches Terry Logue and Scott Savoie.

“Something is majorly wrong with the Bear River varsity program and a change is needed,” said Patrick Simpson, a coach with the Junior Bruin program.  Apparently last season’s 6-4 record wasn’t good enough for Simpson, and presumably others. 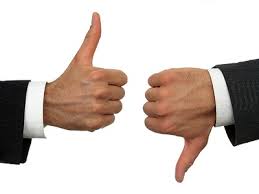 The ups and downs of coaching high school football.

The comment came when several supporters asked the trustees to do something to retain the services of Chris Bean, activities director and junior varsity football coach at Bear River who has applied for the varsity head coaching job at Lincoln High School.

“I am a businessman in the community, and if I had an employee like Chris Bean, I wouldn’t let him go,” Brian Hollister told the board. “We hope Bear River can find a solution that works for everybody.”

Bean, clearly uncomfortable with being anybody’s Trojan horse, came to the defense of Logue and Savoie. “Those guys have done great things for this school,” he said. “I have learned a ton from them. This isn’t about them.”

Bean also made it clear he didn’t particularly appreciate the outpouring of support. “I am not asking for this, and wasn’t involved in any of it,” he said. “All I have done is apply for the opportunity at Lincoln. The fact is I simply looked at another position to further my career for me and my family.”

The Bruins started last season 5-0 before fading faster than a cheap sports shirt in league play, stumbling to a 1-4 record and missing the playoffs. Still, that’s considerably better than the 0-10 record fashioned by first-year head coach Dennis Houlihan at Nevada Union High School.

Houlihan’s getting a pass, at least for now. When Jim Black of Lake Wildwood, who described himself as a “super fan/assistant coach” since 1995, wrote an Other Voices column in The Union calling for Houlihan’s ouster, the newspaper was inundated with support for the coach.

All of this is somewhat fascinating to somebody who grew up on the San Francisco Peninsula, where high school football evokes little passion beyond the borders of the school campus.

My high school team had a head coach, offensive assistant, defensive assistant, and a guy who showed up occasionally to work with the kickers. The coaches didn’t spend time breaking down film and drawing up a game plan. There wasn’t any film, and the head coach was going to law school at night.

Scouting consisted of stats and game stories that appeared in the local newspaper, and the game plan was the plays that were working well. If those didn’t work, they’d try the other five or six plays they knew.

Some teams didn’t do well, and occasionally a coaching change was made at the school level. It certainly didn’t occur to anybody to waste the time of the board of trustees on an extra-curricular activity like football.