And I thought it was a joke

I thought it was a joke when I first saw a passing reference to the nomination of Callista Gingrinch as the U.S. ambassador to the Vatican. Somebody’s employing fake news to have some fun, I said to myself.

It turns out the story is true. 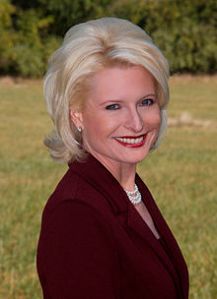 Newt’s third wife is a Catholic, but that’s about the only qualification Callista has for the job. The most important job she ever had was chief clerk for the House Agriculture Committee. She never worked for the State Department, and has no formal experience in diplomacy.

Then there’s the little matter of her six-year affair with a married man, the aforementioned Newt Gringrich. When the story first broke, it was reported that Newt would frequently pick up Callista at the end of choir practice at the Basilica of the National Shrine in D.C., but I doubt they headed off to a Bible study class.

It’s hard to know what Donald Trump is thinking here (heck, the people who work for him don’t know what he’s thinking), but there are three obvious explanations for this appointment:

–Trump doesn’t like Pope Francis, and this is one way to stick it to him;

–Trump wants to get Newt Gingrich out of his hair, and he figures Newt will spend a lot of time in Rome if his wife’s there;

–Trump is truly clueless. After all, he’s also been married three times and cheated on at least two of his wives, so Newt’s behavior is perfectly normal by The Donald’s standards.

There’s been no comment yet from the leaders of the American Catholic church, who were quick to criticize Barack Obama on several policy issues that clashed with church doctrine. EWTN, the church’s TV network, had a straight-down-the-middle report on the nomination, and outfits like the Catholic League, never bashful about responding to real and imagined insults to the church, hasn’t made a peep.

It’s always possible the church is working behind the scenes to torpedo the nomination without publicly confronting Trump. If the church elders let this nomination go through without protest, they will forfeit the last of the little credibility they have left.

5 Responses to And I thought it was a joke